As part of the of the XXI Triennale di Milano International Exposition, Brooksbank & Collins have been invited to exhibit our Me-Far Octo Bowl as part of an exhibition named “Sempering – Process and pattern in architecture and design”.  The exhibition takes place at MUDEC – Museum of Cultures in Milan. The exhibition is curated by Luisa Collina and Cino Zucchi

(zʼɛmpərɪŋ); Engl. present continuous voice of the verb “to semper”. In architecture and design, a constructive action on a material or a compo-nent which leaves a meaningful formal trace in the final product. Neolo-gism from the surname of the German Architect Gottfried Semper, 1803- 1879, author of Der Stil in den technischen und tektonischen Künsten, 1860- 63; see Luisa Collina, Cino Zucchi, Sempering: Tectonics and texture in con-temporary architecture and design practice, XXI Triennale di Milano Interna-tional Exhibition, Catalogue, Milano 2016

“Tectonics is an art which finds its model in nature, not in its concrete mani-festations, but in conformity with its laws (…). The field in which this art fulfils itself is the sensible world; its works exist in space and manifest themselves to our eyes as bodies, through form and color. Tectonics is therefore the real cosmic art; the Greek word cosmos, which has no equivalent in our present languages, defines at the same time the universal order and ornament. Be-tween the creation of tectonic art and the universal laws of nature exists a harmony that represents also its ornament.”

In 1851, year of the first Universal Exposition in London, the German archi-tect Gottfried Semper writes Die vier Elemente der Baukunst, where he lists the elements of an ideal original dwelling – perhaps suggested to him by the Caribbean hut exhibited in the Crystal Palace – which could be considered

as fundamentals of architectures in all times and places: the fireplace, the roof, the pedestal/platform, and the enclosure.

Several nineteenth-century treatises tried to found architectural discipline on constructive principles common to all civilizations. The originality of Semper is in the use of them to order the variety of the ‘industrial arts’: he relates ce-ramics and metallurgy to the fireplace; hydraulics and masonry to the pedes-tal; carpentry to the roof and its supports; weaving to its partitions. The delim-itation of domestic space by rugs or mattings – rather than by the erection of the masonry structure which sustains them – is conceived by Semper as the primeval action of architecture. To demonstrate this – and struck by the con-sonance between the German word ‘Wand’ (wall) and the verb ‘Gewand’(to weave)- he shows how many historical ornamental motifs cannot be inter-preted if not with a ‘textile’ legacy; while other ones are still divided between a ‘tectonic’ origin (in Semper’s mind, the frame of light bars) and a ‘stere-otomic’ one (the layering of heavy elements), in the long dispute between carpenters and masons, between frame construction (Fachwerk) and mass construction (Mauerwerk).

Contemporaneity and history melt together in his attempt to bring back to well-known categories the phantasmagoria of artifacts exhibited in the large Crystal Palace glasshouse, where Semper -escaped from Dresden after the failure of the uprising for which he designed the barricades – cured the Cana-dian, Danish, Swedish and Ottoman sections.

A year after Milan’s 2015 EXPO, and more than one hundred and fifty years after the publication of his Der Stil in den technischen und tektonischen Kün-sten, what classification would Gottfried Semper put forward to interpret the number of artifacts that today shape our environment, and that cross the es-tablished borders of any possible ‘system of the arts’, of any separation in competences and sectors in the design of objects, architectures, land-scapes?

In the wider context of the events produced by the XXI Triennale di Milano 2016 International Exposition, the exhibition Sempering, realized in the spac-es of the MUDEC in porta Genova, would like to focus the attention on sev-eral ‘ways of doing’ of contemporary design, without pretending to formalize a complete geography of them and without separating them into disciplinary typologies. A simple concept is at the base of its choices and its arrange-ment: the one of a continuous evolution and revision in time of the relation-ship between means and ends, between ‘methods’ and ‘forms’.

The first Modern, in its reformatory zeal, tried to wipe out every formal para-digm inherited from the past and to set forth the pretended universality of a ‘method’ capable of transforming the gathered data into a design outcome.

The designer dreamt by Modernism strongly resembles the ideal figure of the ‘engineer’ described by Claude Lévi-Strauss in La pensée sauvage (The Savage Mind, 1966): the one who has ‘method’ and not ‘form’, who creates “events through structures”; while his ‘bricoleur’ uses the forms and scraps

he has at hand to solve contingent problems, thus generating “structures through events”.

But Sempering does not employ any ideal figure, any abstract model; it simp-ly distances itself for a moment from the scientific and ‘universalist’ obses-sions of modern design, and brings back the attention on techniques, on practices rooted in concrete history; it tries to survey a contemporary design attitude which unites experimentation and research through the critical revi-sion of the customs, recipes, even of the technical and formal ‘prejudices’ that every shared culture inevitably reveals.

The research on new materials and on technical innovation put forward by modernism appears today to intertwine with the array of the practices that in history unites the natural elements – stone, wood, clay, iron, cotton – with the known and transmitted modes of their selection and employ in combinations that cannot be found in their original state.

Handicraft practices included in their own body fragments of the current artis-tic culture in the ancillary vest of ‘decoration’; but the denial of an imitative dimension leaves to the Modern no other figural device than the one of pat-tern and texture, of the evidence of the joints among the constitutive parts of an object.

Sempering conducts a synthetic rereading of techniques elaborated in specif-ic environments able of generating patterns and forms without suggesting a simple reprise of the ‘past’; rather observing them in their present manifesta-tion, where process and figure still interlace without copying existing formal motifs – a typical action of post-modern culture – from history and from the contexts that generated them.

If modern thought tried to overcome the concept of ‘applied arts’ substituting them with a new culture of industrial production in large series, today indus-trial procedures walk along with the return to handicrafts; the quality of an ob-ject or a building is not undermined by the peculiarities of the execution by hand, and the serial nature of the ‘standard’ product gives way to the adap-tive singularity of the element, be it realized by hand or by sophisticated pro-duction processes.

But it’s not only a matter of execution techniques; this shift implies also a strong revision of the concept of ‘universality’ and ‘mass production’, intend-ed as general principles, capable to found the quality of most design tasks; from this comes the renewed interest on the interrelations between design and process and the recognition in contemporary design culture of a number of recurring modes such as:

– ‘neo-handicraft’ attitudes, with the recovery of manual practices able to yield results which are impossible to achieve with current industrial procedures;

– forms of advanced manufacturing, where sophisticated technologies (including parametric ones) permit to realize unique pieces, once un-reachable;

– new balances between these two opposite modes, in which production in series and handicraft, design and praxis combine in original ways.

The categories set forth by Gottfried Semper – which did not refer so much to the material itself, but rather to some of its physical properties in their con-frontation with a series of possible manufacturing and assembling it to form complex structures – can today be used as a sort of ‘mnemonic guide’ of compositional modes often born out a specific art or technique and then broadened to respond to diverse situations. The natural material, the tech-niques of its extraction and finishing, and the modalities of its assembly to form bigger wholes form thus a complex triad, a never completely static one. The processes identified by the exhibition Sempering are seen as techniques of assembly and metamorphosis of the elements which compose architecture and design works, but at the same time as archetypes of different patterns which found altogether a sort of contemporary ‘abstract decoration’.

The exhibition lists eight of them, represented by an equivalent number of ac-tions that the mind, the hand or the machine can operate on matter:

_piling up, or the action of the mason;

_weaving, or the action of the basket maker;

_molding, or the action of the founder or of the sculptor;

_connecting, or the action of the carpenter in wood or metal;

_folding, or the action of the tinsmith;

_tiling, or the action of the layer and the assembler of elements;

_stamping /engraving, or the action of the decorator and the carver;

_blowing, or the action of the glassmaker.

Each one of these actions, and its new or well-established formal potentials, will be represented in the exposition through small narrations: different con-tributions (such as historical collections, study prototypes, molds, drawings and actual objects) able to trace their roots and the forms and languages they assumed in contemporary architecture and design.

In its synthetic character, the exposition Sempering would like to show how the most interesting explorations in the fields of architecture, design, land-scape design, public art, can show the forms of a new work attitude able to deal with the environmental challenge with consciousness, empiricism and rigor, recombining known forms and events to form original new works, and revising established behaviors through innovative technologies and process-es; observing the concept of ‘technique’ not any more as a neutral and objec-tive process, but rather as a lively and continuously changing material cul-ture, connected to the larger sphere of human thought and behavior. 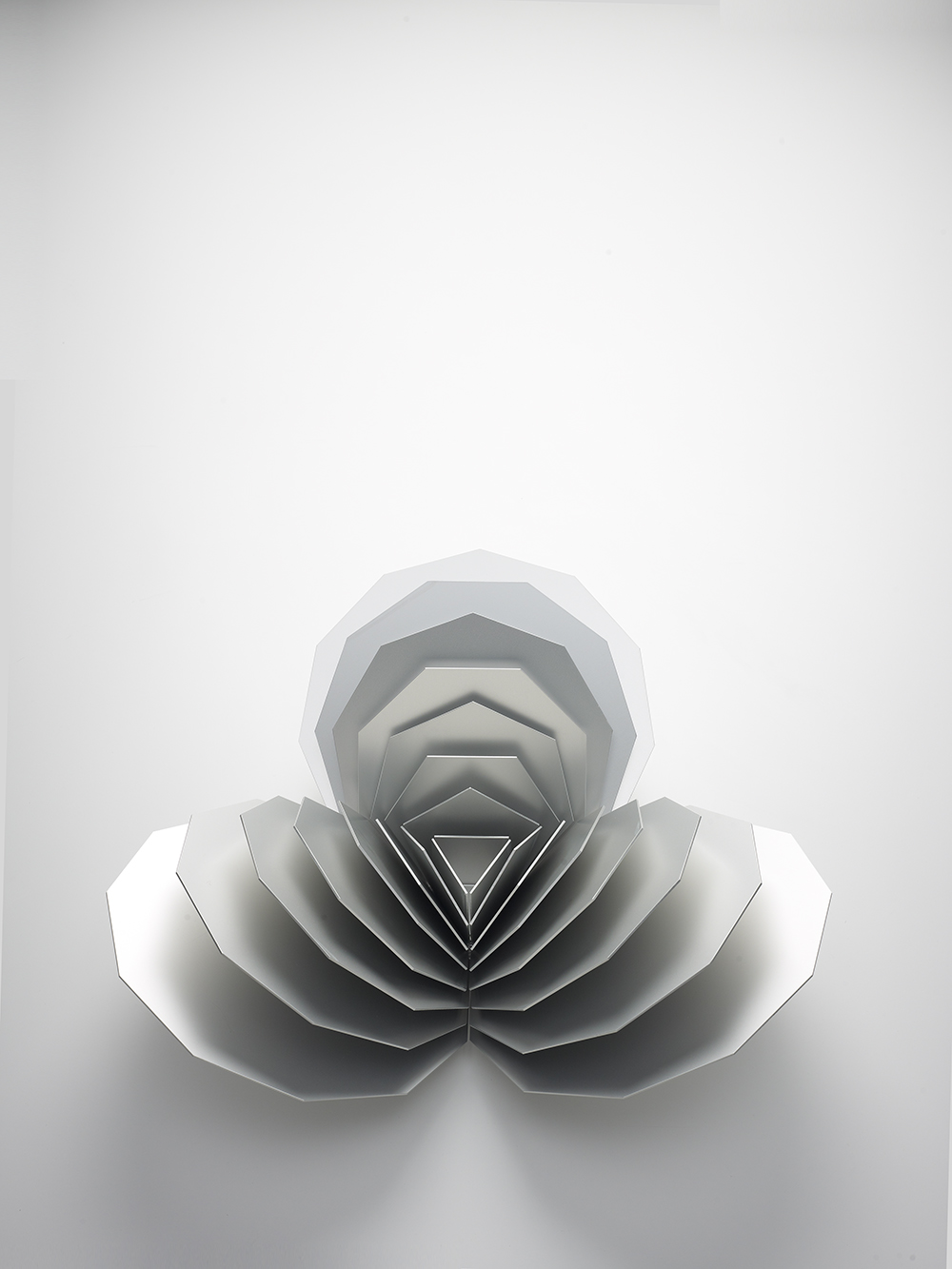 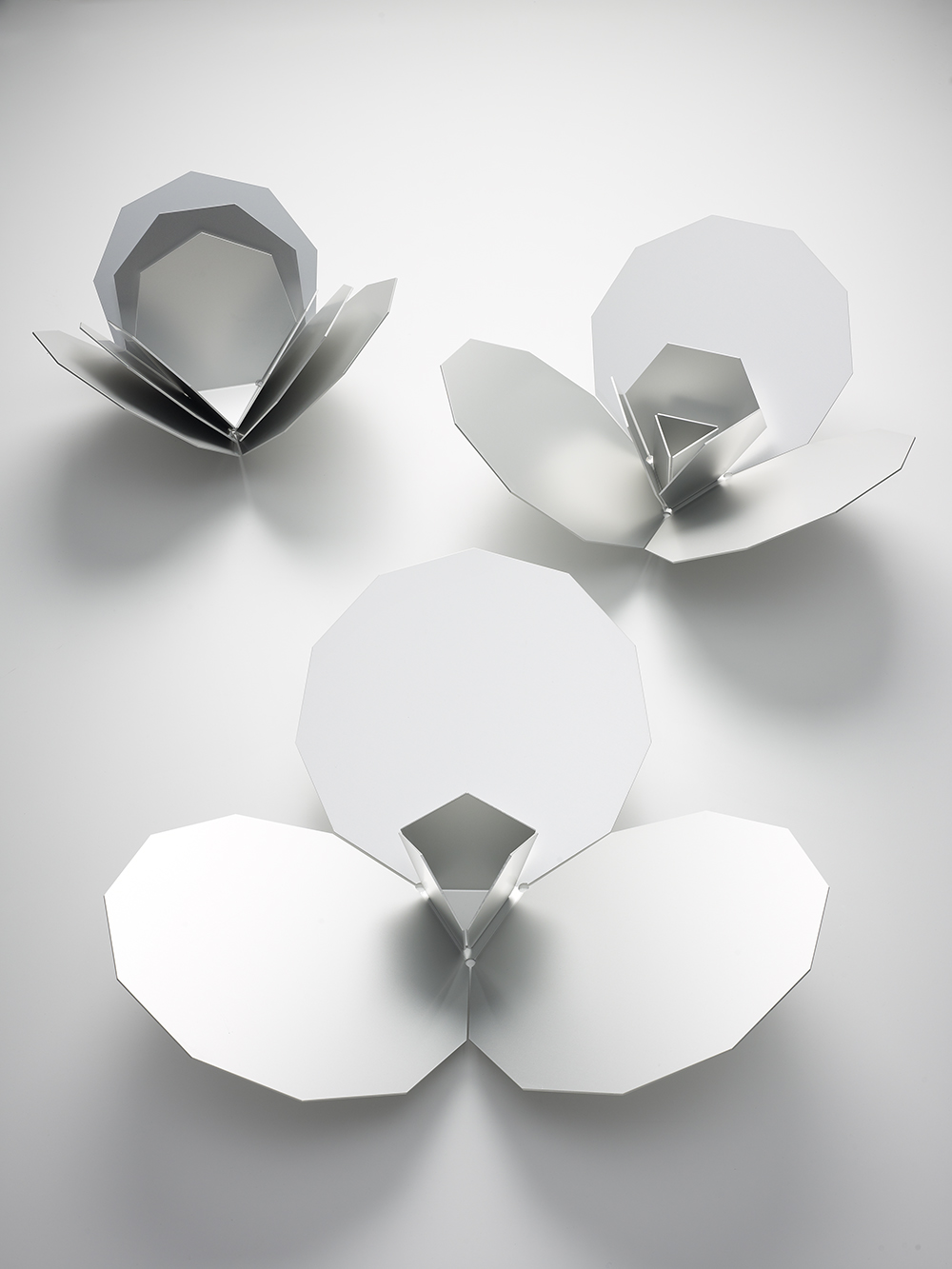 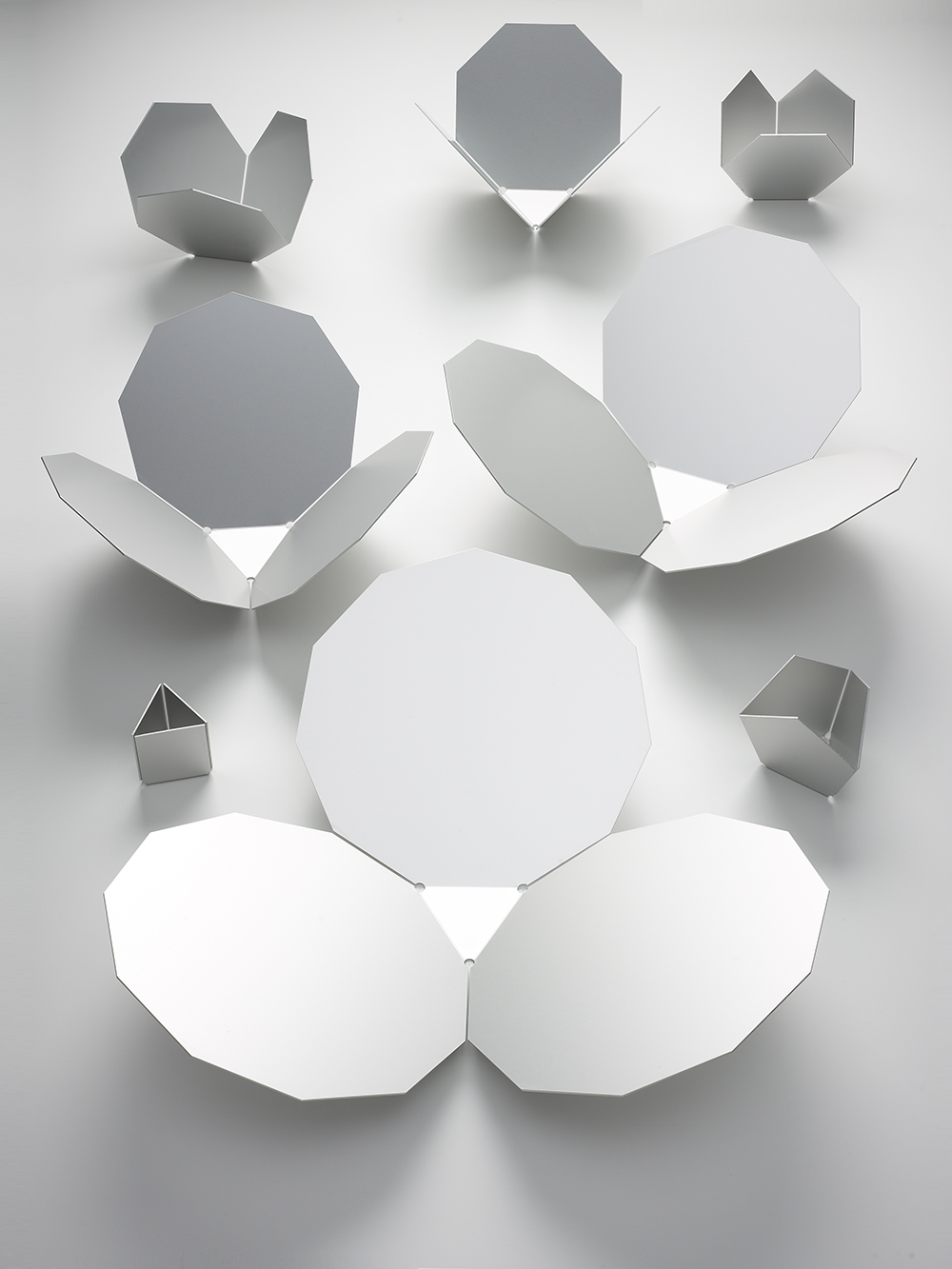